Four fragile young people flee London to start an unconventional utopia, creating a world of fantasy that overwhelms them.

Joanna Coate’s Hide and Seek is an ode to beauty. Grace is everywhere, whether it be in the cinematography, the story, the characters or the actors.

The same way the characters in the film defy society by creating their own little utopia, the film generally defies our expectations regarding modern cinema. Coates has done away with the conventional plot. There is no beginning, no middle, no end to the story. She has done away with the socially-dictated faultless images of the body. Beauty in this movie can be found as much in its perfection as a unique picture, as in its deliberate imperfection.

Constructed around the central themes of nature, boundaries of intimacy, social non-conformism and freedom, Hide and Seek will leave you reflective. In our busy lives, few are the times we allow ourselves to escape reality and question things society has taught us to internalize. Could we be capable of undertaking the protagonists’ journey? Would we be willing? What do we owe society that we shouldn’t just seek to create our own utopias?

These are some pretty profound questions, yet there is something to be said about the softness of the film. A plot so uncomplicated, a setting so peaceful and stripped of business, the fact that most of the scenes happen in a small perimeter in and around the same house make for a pure, distilled, easy to watch film.

Hide and Seek is a triumph of artistry in that it glistens beauty through simplicity, and perfection through difference. 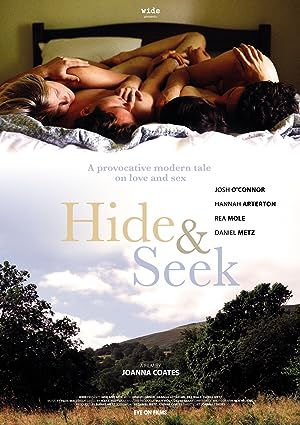