A year on an Alpine farm: an older couple have two children, Belli, who wanted to be a teacher, and the younger Franzi, deaf, and although he works like a man, child-like. Belli teaches him. In his work, he can become frustrated, so when he throws an expensive mower over a cliff in a fit of pique, his father banishes him to the outskirts of the farm, where he uses pubescent energy to break rocks and build walls and cairns. (It’s the tradition of the father’s family, called “The Irascibles” by neighbors, to spend puberty doing this.) Belli visits him and they begin sleeping together. By winter, the boy is back in the house and Belli is pregnant. Soon her parents must know.

No, I’m not into Heimatfilm!!! The more I’m delighted by finding this masterstroke by Fredi Murer. A film that can’t be compared to anything I’ve yet. The swiss alps are home and place of this drama. Bub and Belli are sisters and they fall in love; mostly cause there is no one else to fall in love with on their father’s farm. The actors do amazing work on their difficult characters while the whole setting is beautiful and depressing at once… Even humor isn’t completely lacking in this drama!

A film that produces unforgettable moods and scenes…. 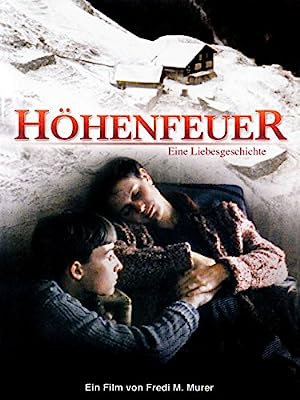 Alpine Fire (1985)
119 min|Drama|30 Jan 1986
7.2Rating: 7.2 / 10 from 623 users
A year on an Alpine farm: an older couple have two children, Belli, who wanted to be a teacher, and the younger Franzi, deaf, and although he works like a man, child-like. Belli teaches him…
Director: Fredi M. Murer
Creator: Fredi M. Murer
Actors: Thomas Nock, Johanna Lier, Dorothea Moritz, Rolf Illig

1 review for Hohenfeuer 1985 with English Subtitles

Rascals and Robbers: The Secret Adventures of Tom Sawyer and Huck Finn (1982)
Movies in English
$12.00