A young actor’s stormy childhood and early adult years as he struggles to reconcile with his father and deal with his mental health.

Honey Boy is not an easy movie to watch. In fact, it is often quite harrowing. Don’t expect to come away from this with a warm and fuzzy feeling inside. You won’t. You’ll probably be angry, horrified, repulsed but maybe even educated.

I know that this was written by Shia LeBeouf as a representation, of sorts, of his life growing up as a child actor with an emotionally abusive, egocentric, self-loathing father. All I can say is if this is really what Shia LeBeouf’s childhood was like, it’s no wonder he grew up to be such a nut case. Why did his mother allow this to happen??? Your heart really goes out to young Otis (i.e. the young LeBeouf) in what he goes through. You can even understand and make allowances for the angry, young substance-abusive man he becomes. In some ways, you even feel for the abusive father. You realise his pain, which he projects onto his son, was the result of someone damaging him. It is all so sad. All young Otis wants is for his father to love and care for him. Sadly, his father is just incapable of doing that.

This movie says a lot about fathers and the importance of the relationship they have with their sons. There is a powerful message here.

I have never liked Shia LeBeouf as an actor. I didn’t mind him when he was younger. I saw him for the first time in ‘Holes’ – a very clever family movie – and was impressed. Sadly, that youthful promise came to nothing and Shia grew into a very mannered and and, for me, unnatural and irritating actor. In fact, if I saw his name in the cast of a movie I would give the movie a big miss. I’ll probably do the same in the future. I have to say though, he acts up a storm in this. All his irritating acting quirks are perfectly suited to the role of Otis’ father. It probably helps that though that in playing his father he is also playing himself. Noah Jupe is fantastic as young Otis. What a gifted young actor he is! He is totally natural and believable in this. He will make your heart break. Lucas Hedges is also good as the older Otis, though his role isn’t as big as Noah Jupe’s or Shia LeBeouf’s. Even the actors in minor roles are good.

Do I recommend this film? Yes I do. In fact there are some people, some men, some fathers who NEED to see this film. Just expect to be confronted and challenged. 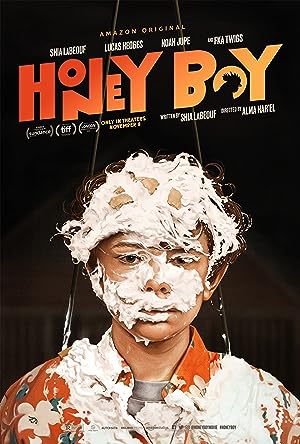