I Am Guilty 2005 with English Subtitles

Armin Steeb is adrift: just finished with school, living with his middle-class parents, clueless about finding work. He tries connecting with a girl, he engages in risky sex with strangers in public toilets, he goes to job interviews. He also sends an anonymous letter to a local Munich newspaper, claiming responsibility for a fatal road accident. He fitfully pursues notoriety as he goes through life nearly without affect. What will it take to get Armin to smile?

I saw this film at the 2006 Palm Springs International Film Festival. I don’t understand how they take titles of films from foreign countries and change the title for American audiences. The distributors took Falshe Bekenner which I guess would translate into False Confessions and changed it to Low Profile. This is a disturbing story about a bright but bored and troubled teen named Armin who comes from a loving family. There is a lot happening in this movie that may have different meanings and you are left wondering about several things. What is real and what is imagined. What did Armin do and what didn’t he do. I couldn’t figure out why he is so troubled or why he is rebelling when his parents seem like very caring and loving people. This is a very interesting story and is very stylized with a great sound. I would give this a 7.0 out of 10 and would like to see it again. 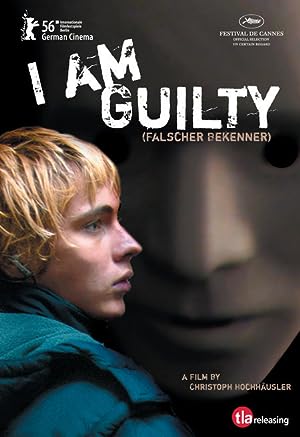