I Dreamt Under the Water 2008 with English Subtitles

In this savagely engaging drama fill with heart, lyust and emotion, a bisexual man’s personal journey through the dark Parisian night opens his mind to a myriad of sexual possibilities.

Antoine, a handsome boy in his 20s, falls for a straight best friend who does not reciprocate, and being a junkie exits the film quite early. Enter a girl, who seems to make him happy again, after he has tried living as a rent boy with men, having some familial, financial difficulties. But the girl is a junkie too. The only healthy looking guy in the film, someone Antoine meets as a rent boy, is Baptiste, who even offers him a job, and seems to really care for him. His infatuation with the girl has a self-destructive note echoing the self-destructiveness of his paramours, perhaps Baptiste excepted, who is the only one proclaiming love; and in the end all three end up in a sort of confrontation, the promise of a confrontation that is supposed to echo in the spectator.

For what reason one does not gather. The film borrows avant-garde techniques but not a scenario, falling short on that side: not quite impressionistic, not quite developing characters, it remains inconclusive, not in a favorable way. And that makes it a bit toxic, as if it wants to dwell in an underworld with some clear, good-hearted motivation but in a way the soundtrack betrays it with its pop/rock exposure; not maudit enough, it has stayed underwater longer than it should have. Its dream remains water-bewitched. 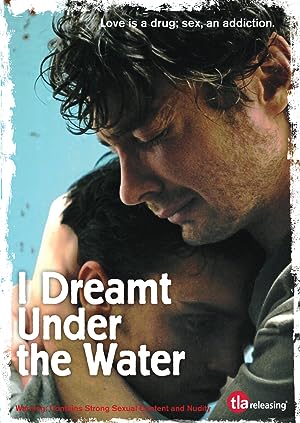