Three interwoven stories of teenage silence in a winter river as it flows by a small city.

13-year-old Mauri (Jesús Nieto) feels lost after his father has died in a violent car accident that is shown in just a couple of enigmatic shots in the film’s wordless opening. The accident has left the boy with a giant scar on the back of his head.

Rebecca (Carolina Morocho), who’s a year younger than Mauri, tries to survive during her first year in a Catholic boarding school for girls, which comes with its own kind of pressures.

Two older adolescent boys, Jota (Víctor García) and Simón (Juanma Sevillano), hang out in a small boathouse near the river and occasionally venture into a fish farm to steal live salmon for dinner.

The stories of the four protagonists occasionally intersect but even in these moments, the film often prefers meaningful glances and non-verbal cues to actual dialogue. That said, the meaning of the initially perhaps surprising title quickly becomes clear: all four have hidden depths underneath the surface. The winter setting is a further explanation of the title.

The film was written by Velázquez and Blanco Torres and impressively leaves any kind of adult presence off-screen, letting the youngsters face the enormity of adulthood and the world on their own. 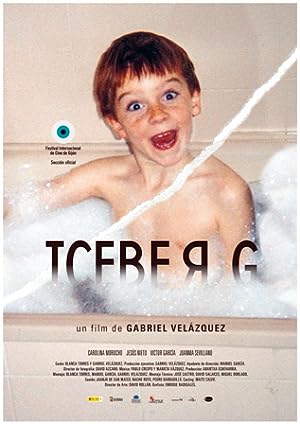 1 review for Iceberg 2011 with English Subtitles