16-year old Axel and his clique are rioting in a residential home. There he meets the 80-year old Gustav who gains interest in the young boy, as he reminds him of his lost love.

This film deals with the shadows and guilt of the past which overshadow individual memories and society as a whole. It is also about homosexuality, transsexualism, diversity, self determined life versus conformism and neo-fascism, friendship versus group pressure, admitting ones injuries or neglecting them and hurting weaker persons, about growing up and getting old. What touched me are the interactions of the characters in the film and the good acting of all the cast, outstanding the two leading characters.

Helmut Berger as Gustav Tritzinsky is the old wise man who doesn’t talk much, but his words way heavy. He has a touch of grandfatherness. Harry Lampl plays a fresh, heartwarming Axel who struggles with his emotional injuries and finds a shelter in Gustav. It’s more a film about friendship and reminds me of Harold & Maud. It is also a bit brutal and shocking sometimes. A film to get a glimpse of Vienna apart from touristic 1st districts glamor and to feel Austria’s most times neglected shadows of the past.

You see a piece of Viennese culture, if you know Vienna you could easily believe you have seen this street or bar, and indeed maybe you have. The scenery and costumes are very authentic, I like also the camera work, but don’t expect top of the art cinematography, maybe due to low budget. I saw the film in German and there is some dialect.

Sometimes the story is a bit over the top for my taste, but never falls into the absurd. It is like a huge flower bouquet with dark, dusty, thorny flowers and some fancy, bright ones in between. The hilarious elements are balanced with the tragic ones, if there weren’t parts to laugh maybe this film would be too hard to bear. One has the feeling some of the scenes could (have) really happen(ed).

I brought two friends to this film, one expected an easy fun movie, but we all liked this exceptional, interesting film. 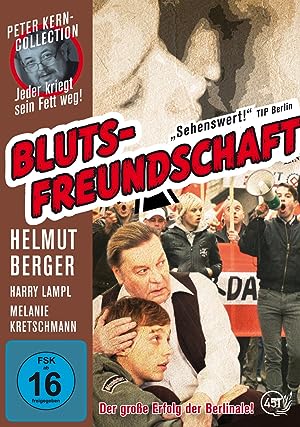