Jack, in full puberty, not only has to deal with his parents’ divorce, but also feels his world is falling apart when his dad tells him he is living with a man. He slowly comes to terms with his own feelings when the girl he has a crush on turn out to have a gay dad as well and his best friend’s parents end up not having the perfect marriage Jack thought they had.

Jack is a low key and sensitive film dealing with sexuality. In this case the sexuality of Jack’s father who comes out of the closet, leaves his wife and son but still wants to maintain a relationship with him.

Ron Silver plays Paul the gay father. He is the heart of the film and his earnest longing for his son to understand his predicament and desire to have a normal relationship with Jack is the key performance in this movie.

Stockard Channing is the mother who at first is embittered. She has lost her husband to another man and has to raise Jack on his own until she comes round to have Paul involved again in the family life.

A young Anton Yelchin plays Jack who now having to go through puberty also has the embarrassment of having a gay dad once the kids at school find out. I kept thinking Yelchin gulped some helium every time he spoke his lines.

Jack is angry at his dad at first but the film opens out as he becomes friendly with a school girl whose dad also came out as gay while his best friend has parents who are in a violent relationship.

I guess the subtext of the film is that parents can screw you up whether straight or gay. I just felt the film was a little too neat and small scale for my liking even though it was handled sensitively. 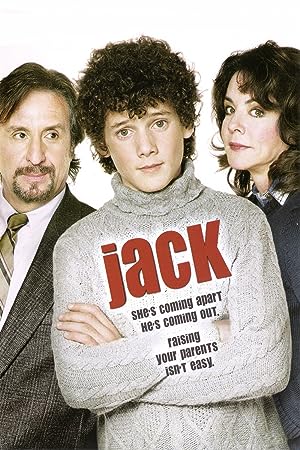 Be the first to review “Jack 2004” Cancel reply