After his father is killed in a car crash, Jack travels home to Colorado to help nurse his mother (who was injured in the crash) back to health. There, he uncovers long buried secrets and lies within his family history, his parents, his friends and his very identity.

“Jack Goes Home” is a psychological Thriller (with some horror elements) about a boy named Jack (Rory Culkin) whose dad is killed in a car accident, after hearing the news he returns home to help his mother with the funeral and cope with the whole ordeal. As Jack struggles with the loss of his father he starts to notice strange behavior from his mother while also attempting to uncover possible secrets that his parents have been hiding from him for years. I thought the plot line was interesting enough, unfortunately the movie does a poor job of developing and delivering it.

The movie is essentially about a man’s struggle with the loss of his parent and his own mental instability. I like movies that dig into the human mind and really focus on one individual slowly losing it, however “Jack Came Home” does a very poor job of pulling that off. Jack is a pretty unlikable character from the get go, he’s emotionless, dull, and really has no interesting character traits so to be honest I really had trouble watching him mope around and complain about everything for almost two hours. Jack’s mother (player by Lin Shaye) is an interesting character and makes for some of the more interesting scenes in the movie, unfortunately she isn’t featured that much.

The movie tries to keep things interesting by throwing in a little bit of mystery but again they just do such a poor job of developing it, by the time big reveals are made you will have likely figured everything out and be bored with it. I saw the final twist coming a mile away, so much so that I kept telling myself maybe that wouldn’t be the twist since it was so predictable. I feel like they had the right idea in a lot of places but then just completely dropped the ball in the points that mattered most.

As far as indie horror movie goes “Jack Goes Home” is far from one of the worst, even though it’s barely a horror movie, but it is definitely not anything to write home about. It’s predictable, drab, and pretty dry overall. 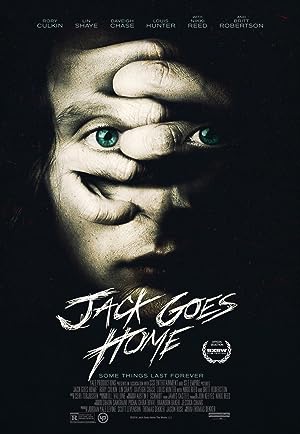 Be the first to review “Jack Goes Home 2016” Cancel reply