James has learnt to be withdrawn and secretive in a family with long buried secrets. Lonely and confused, he is drawn to one of his schoolteachers, Mr Sutherland, focusing on him as the one person who might understand his inner turmoil. When an older man approaches him in a public toilet, James panics and calls his mother, but refuses to tell her what happened. Late that night, James listens to his parents arguing about him. His fathers offhanded dismissal of his mothers concern results in a vicious row. When a devastated James turns to Mr Sutherland for help, the teachers response leads James to take an irrevocable step.

James (Niall Wright) is a young boy growing up in Ireland. He has no friends and is very quiet and introverted. His parents are always arguing and he feels isolated. He starts to realize he’s gay and has feelings for his English teacher Mr. Sutherland (Matt Jennings). This all comes to a negative (if realistic) conclusion.

Great gay short. Wright is an incredible actor. He doesn’t have much dialogue but you can see the pain and confusion in his face clearly in coming to grips with his sexual orientation. Anybody–gay OR straight–would be able to identify with this kid. The supporting actors are all good too. The accents are great and the cinematography is beautiful. Very well-done and moving. 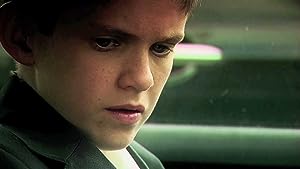