Thomas is the 12-year-old son of a millionaire who lives in a big mansion surrounded by woods in France. When his mother dies, his father hires a widowed maid to take care of everything while he is away. The woman brings her only son, Charles, to live with them and, hopefully, be company to lonesome Thomas. The rich boy and the poor one become enemies from the very first encounter. Moved essentially by jealousy and fear, Thomas decides to turn Charles’ life into a hell on Earth, especially after their parents eventually fall in love. As the title suggests, he wants to make it clear to the invader who is the lord of the castle.

You still think childhood is naive and that only as adults we can become … less good? Go watch this film now :)! Jean Rochefort, usually a likable chap, sort of like a French Sean Connery, in here plays against character, a rich lonely guy who isn’t of course as mischievous as his son, but is no angel either.

Films usually center or focus on one character, and this is Thomas Bréaud’s movie! His cold stare and regular features are awesome. I’m surprised according to IMDb at least, he hasn’t turned out any more films. Strange.

Charles Vernet on the contrary, and probably predictably, is a good boy, a normal chap in unusual, I’d venture say, not a very healthy environment.

I wasn’t very convinced by her mum, played by Dominique Blanc with conviction but… there was something that didn’t made me “see her” in the role, from the start. But that’s probably me, for she’s turned out more than 60 films, many well known. She is nice enough, dignified but also with obvious longings for earthly pleasures.

My “favourite” scene is when Thomas, right after being saved by Charles, comes home and whispers to poor Charles: “Your mother is a prostitute”. And then at night actually shows her son how her bed is empty, and offers to look at her father’s bedroom. Let alone the play… Thomas is a born perverse, with an angel’s face, which makes him even more “lethal”.

Visually arresting, like the scenes of the horses when the boys escape the castle, or Charles’ ball bouncing off the ceiling of a cathedral, a helpless white soul in a solid grey world. OK, it sounds corny, and the film isn’t, but it’s what came to my mind at least :).

Music is 90% classical, all by the same composer: Prokofief! You’ll hear the “Romeo and Juliet” ballet excerpt more than once, put to perfect use (it’s chilling!) and other famous and not so pieces. With the delightful châteaux and superb car (any IMDb user can help me out and tell me which is the brand and model?).

Maybe Pedro Aguiar’s insightful review here on IMDb of course is right, and only children’s minds can grasp the “meaning” of a film such as this. I found it implausible on many accounts, to start with. And then, for some reason the film didn’t resound to me as a humane story, but as a cold device made to shock, manufactured to startle and deceive. Like a mechanic cuckoo clock, if you get my analogy.

I didn’t like this movie in the sense it’s not pleasant to watch, at all, but life isn’t composed only of roses, beautiful things, and good people, so if you’re prepared for an emotional ride, a movie that won’t let you rest for a moment, like a thriller but with psychological action (thus more effective, by far) do watch this movie.

Just don’t tell me I didn’t warn you ? 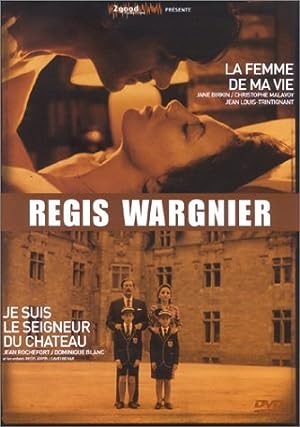