When Yura’s family moves from Tokyo to the countryside, he enters a private, Christian school, a religion he knows nothing about. Yura struggles to understand the school structure and student behavior when a miniature Jesus enters his life.

Due to divine intervention (presumably), Yura becomes friends with the most popular kid in the class, football aficionado Kazuma, and his life takes a turn for the much better. Unfortunately, tragedy eventually strikes, and Yuma is left questioning tiny Jesusxe2x80x99 role, as much as pondering about life, religion and death. His teacher, Mr Warita, plays a significant part in all the aforementioned experiences.

Hiroshi Okuyama directs a sensitive, subtle drama about children and the way they perceive the world and the events that occur in their lives, in the footsteps of Hirokazu Koreeda or even Hayao Miyazaki, when one considers the xe2x80x9canimatedxe2x80x9d Jesus part (still has a way to go, though). This combination of drama and occasionally slapstick humor works wonders for the films, despite the fact that the director does not take any hard lines regarding the aforementioned issues the film deals with, something that he would have problems doing in the 76 minutes the movie lasts, though. 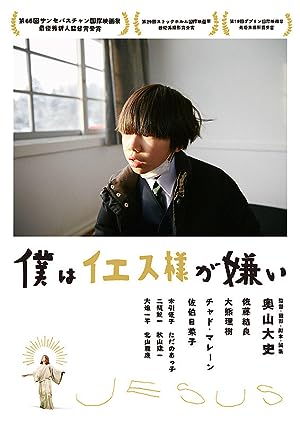 Jesus (2018)
76 min|Drama|31 May 2019
6.5Rating: 6.5 / 10 from 120 users
When Yura's family moves from Tokyo to the countryside, he enters a Christian school, a religion he knows nothing about. Yura struggles to understand the school structure and student behavior when a miniature Jesus enters his life.
Director: Hiroshi Okuyama
Creator: Hiroshi Okuyama
Actors: Yura Satxc3xb4, Riki xc3x94kuma, Hinako Saeki, Chad Mullane