While serving a five-year sentence for a violent crime, a 12-year-old boy sues his parents for neglect.

This movie shows a lot of issues that we can find in Lebanon but also in a lot of other countries , it raises awareness of how bad life can get specially to young children . I hope that after watching this movie every single one of us will start to act in order to make this world a better place . Nadine Labaki did an amazing job because she showed the truth in a strong and realistic way . I also want to add that the kid is very talented he played his character in such a powerful way we could see pain in his eyes and it touched our heart and soul ! I recommend this movie it’s a roller coaster of emotions !! 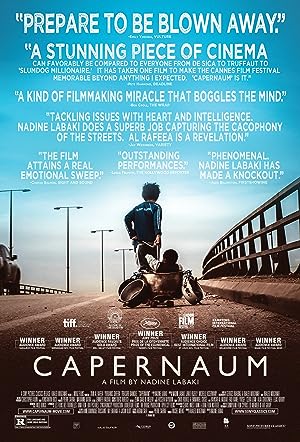