Cobain (15) tries to get his pregnant mother Mia to quit her self-destructive lifestyle. When she refuses to clean up her act, Cobain takes over.

Shot in a probing cinema vérité style that evokes the Dardennes brothers, Leopold constructs the structure and rhythms of Cobain’s life. On the surface he’s an aimless pseudo-orphan, but Cobain’s determination to reconcile with his mother Mia (a convincing Naomi Velissariou) is an obvious priority. Leopold uses this mother and son through-line to drive the material. As written by Stientee Bosklopper, we watch as Cobain moves in the margins from one place to another—a youth shelter, the foster home, and into the care of shady and damaged individuals—to replace those feelings of family. Keizer’s acting is enough to carry the weight of the film in parts, but he needs help. As a result, Cobain‘s middle third, foregrounded by a charismatic pimp (an expressive Wim Opbrouck) and his cadre of women, is its strongest section. Here we see the push and pull of emotions at play in the boy, a coming-of-age story twisted by the conditions it is forced to endure. 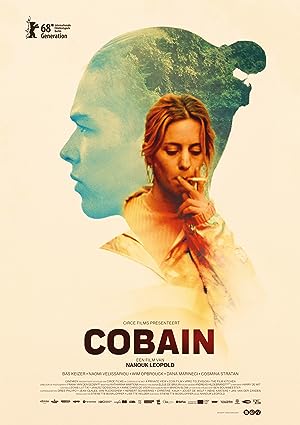