Jojo, a lively 10-year-old with a difficult home life marked by a volatile father & an absent mother, finds solace in an abandoned baby jackdaw. Through the special friendship he builds with the bird, the wall between him & his father will be brought down.

Do you like dull and boring movies? If so then this movie is for you. Same European low budget film which is based on deep meanings where only sophisticated audience will get. Also considered art, not for a shallow thinkers and audience like us. Acting of a 10 year old and a bird. Actually this movie is so boring I could place it in the top 10 boring movies of all time. 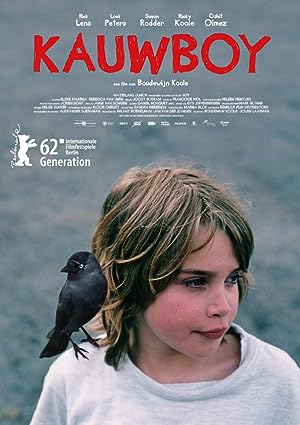 Kauwboy (2012)
81 min|Drama|18 Apr 2012
7.2Rating: 7.2 / 10 from 1,986 users
A young boy and his father have a difficult relationship, but are trying to reach each other. They need a catalyst to make that happen.
Director: Boudewijn Koole
Creator: Boudewijn Koole, Jolein Laarman
Actors: Rick Lens, Loek Peters, Cahit Ölmez, Susan Radder

1 review for Kauwboy 2012 with English Subtitles