A seven-year-old child, his brother Billy and their depressed mother live on a farm. Then something painful happens to the family and the kids are left to live by themselves.

Though I cannot be sure, I assume that your remembrance of the story will radically differ from mine,. But still, each of us is convinced to know the correct interpretation.

Two brothers and a mother on a farm that is obviously not prospering very well, plus an absent father figure who left for some reason we don’t really get to know. Even worse, the mother is shot halfway the story, but we know of no definite reason for such a drastic measure. Still, we eagerly watch what’s going on, and want to know how the plot progresses.

I saw this film at the Rotterdam film festival 2013, as part of the Spectrum section. It received mixed reviews from the audience, either extremely positive or negative. There seems to be no middle road with this film.

The music score is a mixture of a choir singing a capella, minimal/electronic music in the background, or a church choir with organ in a roman catholic setting, the latter in circumstances where we expect such, like a funeral. The music comes up spuriously and unexpectedly, but at times that are well chosen.

All in all, it is not very clear why I like this movie so much. It develops slowly but still leaves us not a boring moment. We saw something that looks like a happy end, but I’m not sure it will indeed work out very happily, rather develop in more trouble than we’ve seen already. The most intriguing observation is that the film makers leave us wondering so much about what the story really entails, and still they succeed in feeling me very lucky to have seen this film. 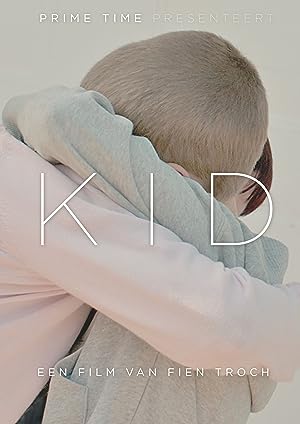 Kid (2012)
90 min|Drama|16 Jan 2013
6.6Rating: 6.6 / 10 from 406 users
A seven-year-old child, his brother Billy and their depressed mother live on a farm. Then something painful happens to the family and the kids are left to live by themselves.
Director: Fien Troch
Creator: Fien Troch
Actors: Bent Simons, Gabriela Carrizo, Maarten Meeusen, Rit Ghoos