Sidestepping sociology, the daily life of children in a home. Ten-year-old Marvin is returning to live with his mother, where he and his sister experienced a personal drama. How can family life be summed up?

Bettina Büttner acts in a calm and gentle manner in her first film “Kinder”. The director tells of her experiences in a children’s home. She does not value anything, only observes. The hiding in the forest, squabbling on the football field. The children play with the camera, lament their attention. The remarkable thing about “children” is that in spite of this production, Büttner can build an immense proximity to the protagonists. The director spent three months in the nursery, some scenes are so intimate that the audience can hardly bear it. The audience suffers from the camera’s eye when it comes to watching a mother and her son Marvin argue. In the staple grip the woman holds her child until she weeps for pain. This setting takes an infinitely long time. The camera rests very close to Marvin’s face or that of the mother. One should feel the despair that both feel. The mother loves her child but is at the end of her powers. Marvin, however, does not feel understood, is angry. “This wrestling is the only form of contact that the two have, and that will also hurt us,” explained Büttner after the screening of her film. 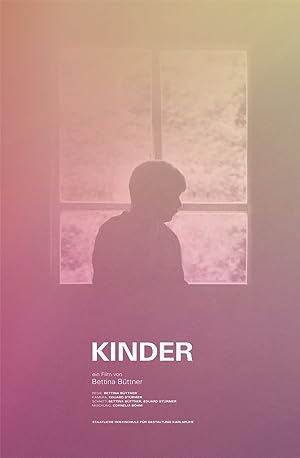 Kinder (2011)
65 min|Documentary|12 Nov 2011
7.0Rating: 7.0 / 10 from 8 users
Sidestepping sociology, the daily life of children in a home. Ten-year-old Marvin is returning to live with his mother, where he and his sister experienced a personal drama. How can family life be summed up?
Director: Bettina Büttner
Creator: Bettina Büttner