Raw. Honest. Naked. “Kissing on the Mouth” is post-college life in close-up. Ellen is sleeping with her ex-boyfriend while trying to ignore the fact that he’s looking for more than just sex. Her roommate, Patrick, isn’t helping matters with his secretive and jealous behavior. The small cast served as the only crew on this intimate and humorous film featuring real interviews with recent college graduates and a documentary approach to the graphic sex and conversations.

What a time we live in when someone like this Joe Swan-whatever the hell is considered a good filmmaker…or even a filmmaker at all! Where are the new crop of filmmakers with brains AND talent??? We need them bad, and to hell with mumblecore!

This movie is about nothing, just as the characters in the film stand for nothing. It’s this horrible, so-called Gen Y, that is full of bored idiots, some of which declare themselves filmmakers with out bothering to learn anything about the craft before shooting. Well, Orson Welles was a filmmaker. John Huston was a filmmaker. Fellini was a filmmaker. Dreyer was a filmmaker, etc. Current films like these show just how stupid young, so-called “filmmakers” can be when they believe going out with no script, no direction, no thought, no legit “camerawork” (everything shot horribly on DV), no craft of editing, no nothing, stands for “rebellious” or “advanced” film-making. Nope, it’s called ignorance and laziness or just pure masturbation of cinema (and there actually is an in-your-face “jack-off shot,” so be ready).

Look at the early films of any accomplished “indie” filmmaker: Linklatter, Morris, Allen, Lynch, Hartley, Jarmusch, Jost, Lee, or Herzog…none made anything as tedious and aimless as this, yet Swan-whatever the hell, is still going to SXSW every year and hailed as some kind of gutsy, new talent. It’s crap! I can’t imagine anyone liking this, and everything else this so-called filmmaker has done (all seen by me) is just as bad (the newer stuff clearly made to appeal to a more mainstream audience, one of the sitcom calling). Steer clear, unless you’re a friend or family member of those involved…on second thought, if you’re a family member or friend you’d probably be embarrassed to see a family member or friend in such compromising situations…

Utter garbage. This isn’t art. This is the ultimate opposite of it. 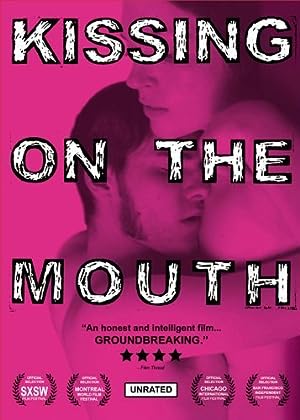