13 years old Vic is new in her high school; soon she makes friends with Penelope. Together they check out the guys in quest for a great love. But Vic’s parents are their handicap, since they won’t allow her to attend the “boum”, a big party. But with some help of grandma Poupette it works out anyways and Vic falls in love with Matthieu. At the same time her parent’s marriage is on the edge when her father’s ex-girlfriend demands a last night together.

“La Boum”, while not being a complicated or serious movie, does have its good points. Sophie Marceau as Vic acts out quite well how Vic reacts to her parents’ crumbling marriage and her excitement over developing her relationship with her new boyfriend, Mathieu. There are practical jokes throughout the movie, and also a lot of teenage angst drama. This is basically a movie to watch when you want to be entertained instead of watching a serious movie. 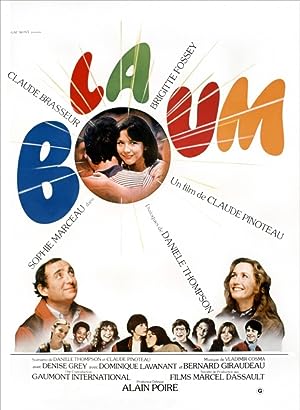