As the intro says there is no real plot here but it is essentially about Martin who is in his forties and lonely. In order to fill the chasm in his heart he seeks random hook ups with anyone willing to have sex or he is willing to pay. He essentially seems to crave affection but substitutes it for carnal delights and a cocktail of drugs.

This is a long film at 135 minutes and a lot of screen time features the rutting, sucking, blowing and general hedonism that surrounds one owns pleasure seeking. For me though it also showed up the mundanity of the the whole business of ‘getting it on’.

There are scenes where not a lot happens, someone makes pasta, another messes with their pizza and there is a lot f slapping on of make up. There is also tons of nudity, ropey night clubs and a few lady boys all thrown into the mix. The overall feeling of the film though is one of loneliness and sadness and a desperation for happiness in often the most base of circumstances. 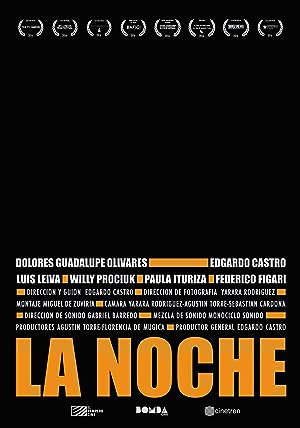 The Night (2016)
136 min|Drama|18 Apr 2016
4.4Rating: 4.4 / 10 from 173 users
The story tells, from an accentuated hyper-realistic aesthetic, the life of Martin, a man in his forties who is desperately lonely and seeks, through sex, some company, to spend that time …
Director: Edgardo Castro
Creator: Eduardo Castro
Actors: Edgardo Castro, Federico Figari, Paula Ituriza, Luis Leiva