Crossing The Lighthouse is a story about the encounter of two ten-year old children (Jim Redler and Katty Loisel) who share a similar past. Two orphans who have taken refuge in lies to conceal a reality that causes them too much suffering. Two children who would like other people to stop treating them as though they are different, who want to live like everyone else. If this encounter is the result of chance, nothing will ever seperate them again. They need each other to learn to live again. The power of their friendship will be so great that it will change the attitude of the adults who come into contact with them.

I am puzzled by the casting of Katty Loisel in this film. Is she supposed to be a boy all through the film? Some way into the film, Yann seemed to change sex and was wearing a skirt. In the scene, the person I assume was supposed to be Marie takes off the skirt, hands it to one of the two people standing next to her, and walks off looking like a boy again. What is going on here? The film is in french and doesn’t have sub-titles. For a person who doesn’t speak fluent French, it is rather awkward. Some words I can translate, but not all of them. Can someone please explain whether this is supposed to be a girlish boy, a boyish girl or something else? 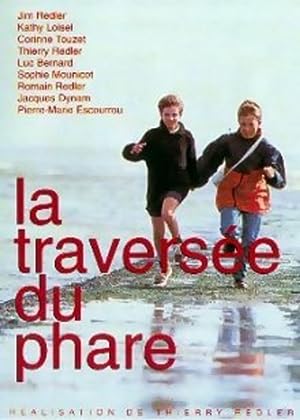