Surreal tale of a friendless, lonely boy who dreams of escape from a broken home with an neglectful, promiscuous. alcoholic mother and self-centered, clueless, absent father.

Wam and Venneroed doesn`t deliver the goods in a broad sense of view, although there are some hilarious moments. But I don`t think the humor is done deliberately. And the film hits the spot only within the die hard fans of the Wam and Venneroeds movies.

“Lakki” would have been a far better movie, if Wam and Venneroed have used a little more irony and humor. The result could and would have been far better, because the plot is rather original, although the acting is poorly.

The title on the release for this film was originally: “Gutten som kunne fly”, but when the audience rejected it and the critics gladly butchered it, the producers changed the name to: “Lakki”, because the title had a more youth-full theme to it….it didn`t help much,I`m sorry to say.

In my opinion this is one of many cult-classic from Wam and Venneroed. The dialog is so pathetic and static, so the result is hilarious. But only for the die-hard fans of Norwegian social realism and movies from the company Mephisto films. 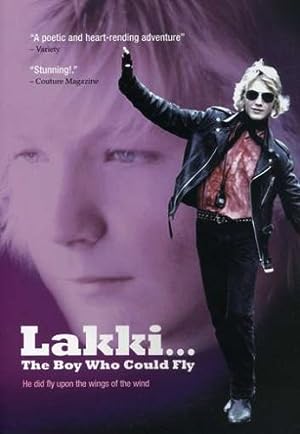 4 reviews for Lakki 1992 with English Subtitles