In 1939 the 13-year-old Carl arrives at the lighthouse Lågskär in the Åland Islands, for a position as lighthouse disciple. He is trained by the demanding lighthouse keeper.

Saw this at the Noordelijk film festival 2014 in Leeuwarden (NL). Self-contained story with a rich variety of details and sub-plots, unexpectedly interesting in spite of begin confined to a single island and a single family. Not a feel-good movie, however, and you have to search a long time to find at least one heart warming scene. The story ends better for the two boys (Karl and Gustaf) than initially assumed, which may be deemed the morale to teach us that good always wins over bad.

The father figure (Master Hasselbond) is always insistent on never telling lies, but he spreads a few lies himself and upholds these against all odds. We have to wait some time before the real truth is revealed in the final scene. A lot happens between the first and the last scene, much more than I could have assumed beforehand. It was a nice surprise, given the seemingly simple plot and the very confined location of a lighthouse island with only one family living on it.

The sub-plots are varied, and easy to overlook when unprepared (like I was). Three hints as a heads up: (1) keep an eye on the daughter and her dog, (2) on the mother with her piano and the musical compositions lying around, and last-but-not-least (3) on the stories that are told (was he really a hero?) about the deceased son. I cannot reveal much more in danger of spoilers.

The festival visitors ranked it 14th (out of 64) with average score 8.5 for the audience award. 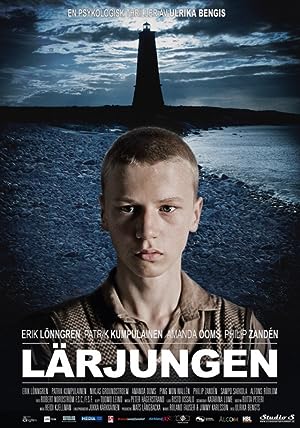 2 reviews for Larjungen 2013 with English Subtitles