German 1970ies softporn flicks aren’t exactly renowned for their cinematic prowess, but few manage to undercut the cultural level of an obscene scrawling on the wall of a pub’s men’s lav so consistently.

Unusually for a porn flick, it focuses on the life of a disenfranchised miner with a slipped disk, a role that was wisely cast by the comely Michel Jacot (although he doesn’t look anything like a disenfranchised miner with a slipped disk); he and his foxy wife are the two main, if only visual, assets of the movie. The story trundles on from one construed and joyless sexual encounter to another; the scenes are generally grubby, mechanical and unpleasant to behold; one of them shows an attempted rape, and all of this is doused with an intentionally obscene language and excessive alcohol consumption.

Unbelievable then that, during its day, this movie was one of the most commercially successful, and spawned no less than five sequels.

Bad as it is, this might be enjoyable to watch with a couple of (German) friends who enjoy extreme levels of crapitude. Or see it as a passionate statement for the benefits of gonzo pornography. 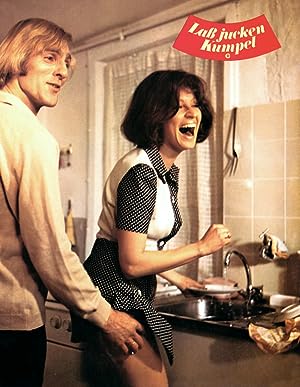