Loosely based on the dark tales of HP Lovecraft, “Late Bloomer” is a compelling and humorous journey through a young boy’s first sexual education class.

This is a gem! It captures a boy’s experience of erotic awakening and, thank goodness, with humor. In these dark times for boys, this is so refreshing. All the young actors can’t avoid be natural. How the director managed this is a tribute to his skill. He seemed to find a representative of types of kids all over the country. I laughed out loud watching it and couldn’t resist going back to watch it again–and again. It becomes more interesting with every viewing. The portrayal of angry adults overseeing the birth of sexuality in these early adolescents says a great deal about the mixed messages society sends kids about this part of their lives. The boys and the girls are equally awed by what they sense and are beginning to feel. As a psychology teacher at a liberal arts college, I bought it to use in my “Psychology of Men” class, which ends with a discussion of boyhood. Bravo! 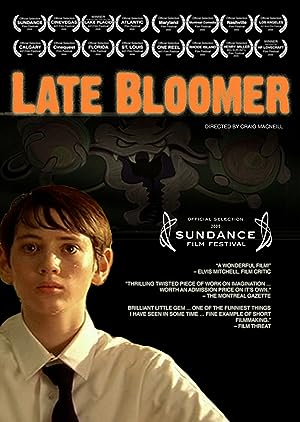 Be the first to review “Late Bloomer 2004” Cancel reply