To escape anonymity, a young man takes responsibility for a crime he did not commit.

Guy Gilles has plenty of ideas but he lacks the commitment or focus to develop them or even select well among them ;in this hodge podge it would have taken Luis Bunuel’s genius to give this story substance . A young man(Jacques Penot:his performance is cardboard ) finds a woman’s dead body and admits to having committed the crime :he is bisexual(?) ,mythomaniac,a bit masochistic,but most of all ,he wants to read his name in the headlines of the newspapers (the subject was the same in Alain Jessua’s “Armaguedon” );the plot thickens with a bisexual (?) journalist -one of Richard Berry’s poorest parts- and the twin sister of the murdered woman:the twins are both played -for there are flashbacks galore- by Macha Meril,who succeeds in creating two different personalities,no small feat,given the limitations she was working under:she is arguably the stand out ;there’s also a poster of a movie supposedly starring Vivien Leigh and Rossano Brazzi but I was not able to find it in the great actress’s filmography! 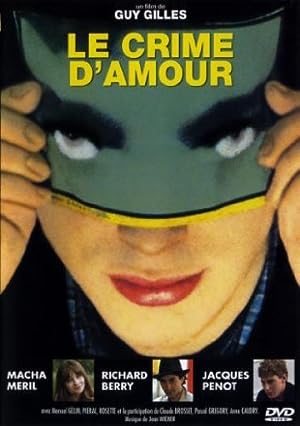