At Christmas time, 19 year old Simon returns home to visit his dysfunctional family with Louise, a fearless girl he met during his train ride. While Simon struggles to cope with the growing distance between him and his parents, he starts to examine his feelings when Louise develop a liaison of her own with his childhood friend Mathieu. As dark family secrets are uncovered, Simon begins to understand the truth about his sexual orientation.

In many respects, I could tell that this movies convey a rather deep meaning and not just ordinary teenage-gay-boy romance story which mostly end up in either bad or happy ending. This movie is alike to many of other French movies that I saw before which contains little or minimal dialogue. It conveys the message through showing “symbolic scenes”.

However what troubles me the most is not such ‘absence of dialogue’ but rather the clarity and sense of direction in the film. The love that grow between Simon and Matthew is only evident somehow in the middle of the film but for the rest – it is clearly unclear of what Simon thinks or at least other characters should have played greater role to clarify the role of the main character. As a result of this unclarity – all scenes appear to be just randomly and awkwardly put in.

The movie is incredibly slow. There is no significant or notable progression that the audience should be rewarded after watching the film for around 2 hours.

Aside from the talented and good looking actor Gaspard Ulliel (who played Simon), there is no other aspects of either in the story or plot that makes me eager to recommend this film to the general audiences. 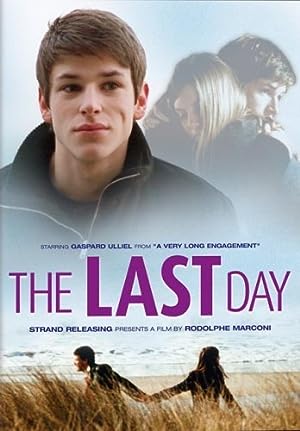