Ismael and his friends get over the death of his best friend, from whom he has recently distanced.

This film starts from a wonderful concept. The psychological situation represented in Goethe’s famous story is transplanted into adolescents in modern Paris. The structuring event (the suicide of Ismael’s best friend) has already taken place when the film begins, and Doillon and his young actors do a magnificent job of convincing us of the trauma that this creates. What makes the film to totally memorable is the way that it seamlessly moves from a mystery story into an unforgettable examination of the vulnerability of young emotions. As Ismael and his classmates jump to conclusions and then discover the enigmatic Miren, we are dragged into their world and their sensibility. I have always (at least from ‘La Drolesse’ until the disaster of ‘Les Petites Freres’) believed that Doillon was the only truly great French director of his generation. But this great little masterpiece seems to even take him to a higher level. This is one of the very few films that demonstrates that the greatest pain in life comes from falling in love with the inaccessible. Thank you, Jacques. 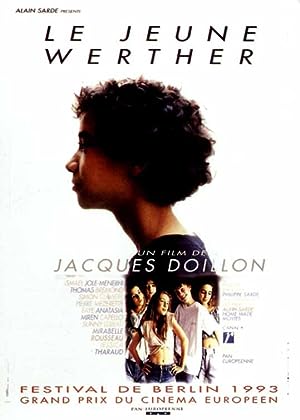 Young Werther (1993)
94 min|Drama|31 Mar 1993
6.8Rating: 6.8 / 10 from 161 users
Ismael and his friends get over the death of his best friend, from whom he has recently distanced.
Director: Jacques Doillon
Creator: Jacques Doillon
Actors: Ismaël Jolé-Ménébhi, Faye Gatteau, Jessica Tharaud, Mirabelle Rousseau