At the age of 12, Gabriel was sexually abused by Father Vincey, his headmaster. Fifteen years later, he is still traumatized. Constantly racked by this wrong that he has kept secret, Gabriel buys a gun and moves in near the boarding school where the priest is still headmaster…

After the pope’s apologies ,this made-for-TV work could not have come at a better time.

In his car,a young man (Robinson Stevenin) hears a church choir he was formerly part of ,and it brings back memories,harrowing memories;when he was about 12 ,he had an angel voice which helped him join a secondary school where the elite studies ;the principal was a pleasant middle age man who fell in love with the boy and abused him.

The story features numerous flashbacks ,which depicts the relationship with a great sense of decency ,from a “pure friendship” to “sexual relations”.Robin Renucci gives a superlative performance of a nice-looking priest ,all-smile,who passes for a saint to some parents’ eyes. In an interview he insists he did not want to portray his character as a monster but as a priest committed to his work;the way he seduces (and in a way blackmails)his victim is terrifying (“it will be our secret ,only God will know; you should not betray me,remember what Judas Iscariote did to our Lord;our love is sacred “).Mister Renucci gives a subdued performance,but a very effective one:even a smile or a look can be scary.Robinson Stevenin,playing opposite such a veteran ,manages quite well in his portrayal of a young man whose past comes back to haunt him :we feel his shame when he confesses:” I took pleasure when he fondled me”.Anyway ,he was not the priest’s first victim and one of the boys took his own life at 12.The movie insists that the bishop (who knew about his priest’s tendencies)is also responsible for these horrors;hence the title “the silence of the churches”. 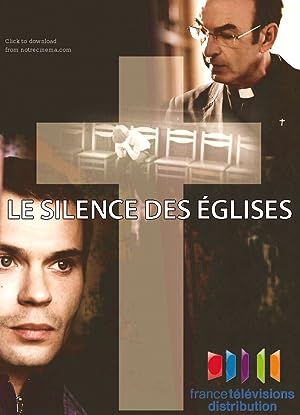