Claude is a Jew. Because of the risks of an arrest (France is occupied by the Nazis), his parents send him away to an elderly couple in the country. Pepe, the husband, is a Petain supporter and a anti-Semite, but he does not know about Claude’s religion. The film is the story of their growing mutual affection.

I remember seeing this movie when I as a teenager (say, about 1970) and I was then very moved by this warm and tender drama. Nearly 30 years later, I just saw it on TV and I didn’t change my mind : this is a very good movie, in the way French can say a lot of things in this kind of day-to-day film. The chemistry between young Cohen and veteran Simon is beautiful. It’s also filled with references to the way people in France lived the Second world war, like Simon hating Jews and didn’t know that is young friend Berry is a Jew. I love Michel Simon. He had been such a great actor from the second half of the 1920’s to his death, in the middle 1970’s. He was always good in his films, so natural that we don’t think he’s acting. Le vieil homme et l’enfant is a very intelligent movie for young director Berri, who will be famous as a director and producer in the next years. 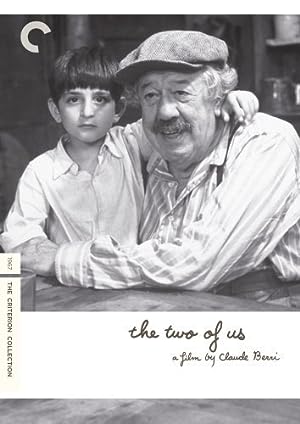