Hicham runs away from his home and comes to Lyon, looking for Thibaut, a young man who tried to kiss him a few years before. Thibaut is an activist at the ‘Point G’, a LGBT Center. Hicham discovers his world, apprehensive but enthusiast. However, as Hicham begins a journey to find his own identity, he comes to understand that Thibaut himself isn’t exactly who he appears.

This very good web series stays away from stereotypes and clichés to offer a wide range of interesting characters. “Les Engagés” deals with LGBT activism, self discovery, freedom and much more. The whole cast is very talented, especially Mehdi Meskar who delivers a very subtle and touching performance as Hicham Alaoui, a young man seeking his place in the world. The beautiful directing will also make you fall in love with the city of Lyon. Do yourself a favour and go watch this gem! 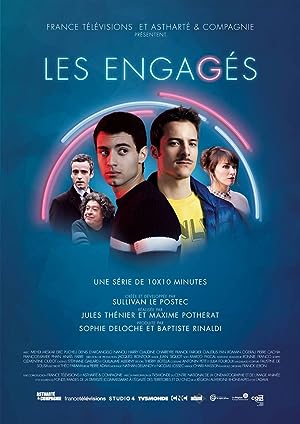 Be the first to review “Les Engagés 2017” Cancel reply