Let the Right One In 2008 with English Subtitles

Oskar, an overlooked and bullied boy, finds love and revenge through Eli, a beautiful but peculiar girl.

I had just finished reading the book when i went to see this movie. I had big expectations, which i didn’t want to have because than you can get disappointed, but oh my god was i happy when it was even better than i expected. Every second of the movie is just brilliant film-making, thanks to Tomas Alfredson who has proved that he is a master. Also the acting is great and believable, and the cinematography and music is beautiful. There was some things that i missed from the book that wasn’t in the movie, but i expected that. This movie is a masterpiece and every single human being should see it. Well perhaps not every singe one since this is a horror movie, don’t see it with your young ones. 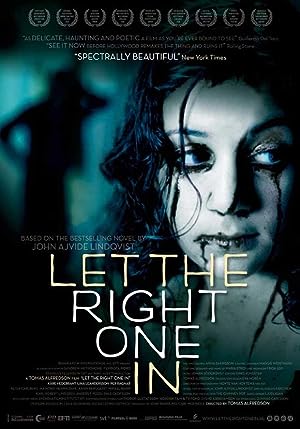