The movie is built around the very complex relationships between Yoshida, leaving Shimizu for Aihara (or at least he tries to), and his friend Ito, whose love for Yoshida seems to have little chance for success. In the end we have a coalition of Ito and Aihara – who may or may not be in love with Ito – teaching Yoshida a lesson.

I have seen a few movies by this director, this one is one of his best. This movie portrays a group of friends and classmates. There is Ito, unfortunate gay in love with his straight friend Yoshida. Kanbara is so called ‘funny guy’. Shimizu is Yoshida’s insecure girlfriend. Aihara is a rape victim, Yoshida somewhat falls for her. And there are the minor characters, like Ito’s divorced parents, male and female bullies among the classmates. Bullying was showed really well, felt very real, especially among the girls. There are no saints among the characters, all main characters are doing stupid or even nasty things. They aren’t evil, they are indeed awkward and confused, sometimes it makes you cringe. Movie is a little long and for a moment I was worried it doesn’t go anywhere, but in the end all motives were tidyly closed. It felt like real Japan, it felt like real troubled youngsters. 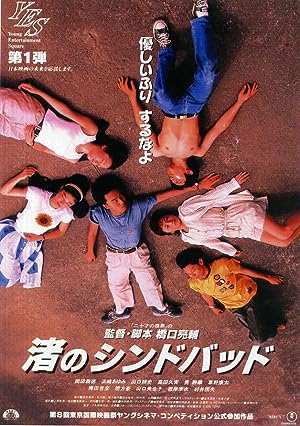 Like Grains of Sand (1995)
129 min|Drama, Romance|16 Dec 1995
7.9Rating: 7.9 / 10 from 1,222 users
The movie is built around the very complex relationships between Yoshida, leaving Shimizu for Aihara (or at least he tries to), and his friend Ito, whose love for Yoshida seems to have …
Director: Ryosuke Hashiguchi
Creator: Ryosuke Hashiguchi
Actors: Yoshinori Okada, Ayumi Hamasaki, Kouji Yamaguchi, Kumi Takada