In contemporary London, a Cambodian-Chinese mother mourns the untimely death of her son. Her world is further disrupted by the presence of a stranger. We observe their difficulties in trying to connect with each other without a common language as, through a translator, they begin to piece together memories of a man they both loved.

more than a film, a gem. touching, seductive, poetic, delicate, a kind of spring morning. a film about fundamental small things. but not only the script is special but the rare and impressive art to use the right measure. because it is a gentle job, splendid for music and for the nuances of acting, for image and for the translation of clash between worlds, the form of memories, the silk touch, the great job of Pei+Pei Cheng.a film who has an unique delicacy , maybe not great but useful for each scene. a kind of dance with a spectacular choreography. it is difficult to define more than a happy discover. so, see it. it could be one from expected films. 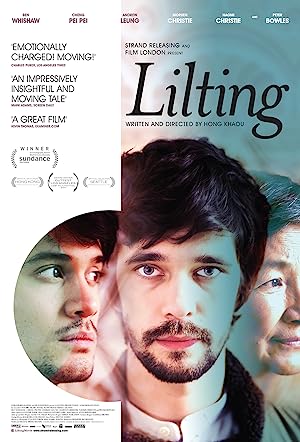