Lose Your Head 2013 with English Subtitles

A Spanish party tourist gets lost in Berlin’s club scene.

This film is a nice little travelogue of the hipster areas of Berlin. The young Spanish actor who takes the role of the protagonist, draws you into his story easily, as he comes off as quite likable, with his big puppy eyes and gentle manners, and seems to be the only sane person in a world full of treacherous people.

However This young man has no idea of how dangerous the urban environment of Berlin can be, as he puts himself gleefully and ignorantly at risk of social and sexual relationships with just about any person that takes him in – and add to that random drug use in risky circumstances – and it’s just a matter of time before before he gets himself in hot water. And like a moth to a flame he is attracted to one specific man who seems rather untrustworthy. The film shows us what follows on, from giving into perilous temptations.

I would have liked for the story to be a bit tighter at the end, as it loses its initial pace a bit. But overall it’s worth watching this film. 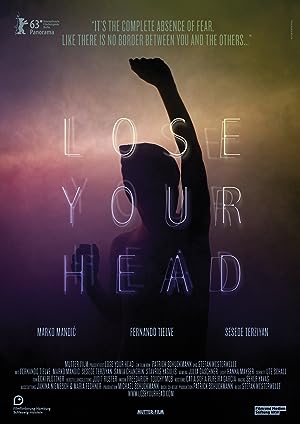 1 review for Lose Your Head 2013 with English Subtitles