A luxury hotel. Steaks frizzle, muffintops getting massaged. Clemens (rare) joins the wellness area as a rookie. Lara (well-done) needs to assert herself in the kitchen pack. The elevator brings the two of them together. Hanging in dependence. They encounter each other, until they clash.

Love Steaks finds the timid and awkward Clemens (Franz Rogowski) starting a new job as a massage therapist and reiki trainee at a luxury hotel in a German-speaking country. While he learns the ropes amid the stringent attitude of the hotel, Lara (Lana Cooper), a blonde host mess who works in the kitchens, takes pulls of the cooking wine with the other cooks and participates in devil-may-care hijinks that earns her several talkings-to from her superior chef. Once the kitchen discovers Clemens and begins to pick on him, Lara begins to crush on him amid her alcoholism, and when he finds her passed out on a beach and massages her gluts, the two initiate a clandestine but reckless romance. Lara’s wildfire personality and Clemens’ calm yet unsure demeanor culminate in some charming, cutesy scenes ensconced in the depressive atmosphere of the hotel, with polished production that underpins the sterile and authoritarian nature of their work residency. As Clemens pushes Lara to overcome her alcoholism, though, it adds onto the pressure she feels from the hotel authorities and her fellow cooks (who make fun of her and Clemens’ cleft palate scars and appearance), fermenting instability. Rogowski exhibits fine acting with a naturally distinctive way of speaking, and drives his character home. Although the film ends in a somewhat unexpected upheaval, Love Steaks relies too heavily on the characterization of the two protagonists in their environment, and the narrative aspect comes to a bit of an unsatisfying standstill, seemingly unfinished. It’s not a stinker by any means, but it left me wanting more. 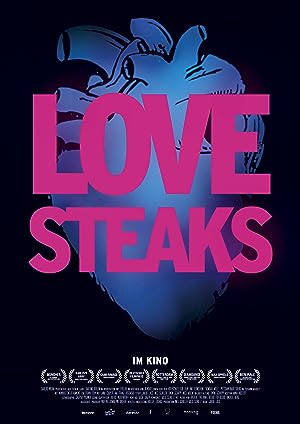