An international collection containing five short films focusing on gay men, the set includes Just Past Noon On A Tuesday, La Tepette (The Mousetrap), The Storm (La Tempete). Each short film is presented in its native language (Portuguese, French or English) with English subtitles for all. Take a look at the individual descriptions of the films, along with some hot stills, below.

Baptiste (Cochise Leberre) is a gay man who can’t stop dreaming about a woman who works at a local pub. His desire for her makes him go on a journey that he could never have imagined.

Leo (Kevin Roze) fantasizes about his weather forecaster. His obsession may be realized when he meets Luca (Maxime Picot). The night they spend together will take them through both desires and doubts that last into the early morning hours. 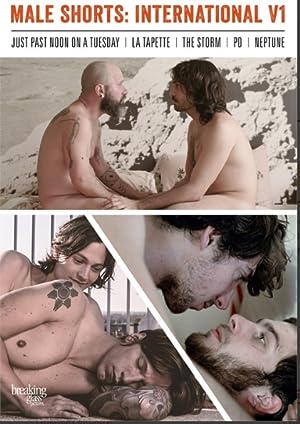