Between Gennevilliers and New York, Omar and Emmanuel go to great lengths to prove to each other they’re no longer in love.

The reviews here aren’t yet terribly informative concerning what you will see in this film. Though thanks to stimablue above for some information on Francois Sagat.

The film is typical in style of the trend in French ‘cottage’ gay cinema film making current today. Taking the philosophy of the 1960s ‘Nouveau Vague’ movement’s distrust for artifice, french cinema is concerned with finding new forms which don’t uphold fantasy, make believe or ‘Hollywood’ style pretences. The many approaches characterises much which constitute’s the typical French film today.

France continues to produce a steady stream of significant gay films, more so than nearly all other countries except America. Also, a recent general trend for films released in the the gay film world sees an increase in hand-held, DIY, everyday mocumentary styles and Homme au bain is no exception.

So what do we have here ? The story is a novel reversal of expectations where a couple who obviously have a passion for each other are facing a split. It’s not sure if the rift is intentional or simply because one partner is going away but the film portrays what happens during the period when this separation occurs. The title – ‘A man takes a Bath’ is a french idiomatic expression referring to the idea of a man who suffers a loss of standing.

The french setting is a gay sub-community existing in a French suburban housing project environment. These landscapes are more conventionally portrayed in France as the problematic zones of racial division & social exclusion. The film draws attention to the fact that a multi racial gay life also exists in such places. It shows a ‘ghettoised’ portrayal of a variety of gay characters where the main impetus for existence is negation and exploration of one’s sensual desires. No other clue of how these people exist in the wider world is given. So the idea of a loss of standing is expanded by the narrowness of what we see.

The New York sections also focus on the same narrow selection of ideas. However, ‘Cinema’ itself, as a theme is self referentially added where Emmanual’s (Francois Sagat) ex-partner & visitor to NYC is the one filming all the American sections from within the story and also where the purpose of his trip is in part to visit the showing a friend’s (graduation ?) film. However, enactments of sensual desire dominates the action we see in NYC too. The body and love, longing and comfort remain ever present.

The film has a slight narrative plot. What we see is very quotidian but the film remains loyal to it’s chosen select meditation and one or two of the scenes glimpsing the intimacy and humanity of ordinary acts of desire are unexpected, startling and fresh even in their simplicity.

The over-all message is reassurance through the portrayal of how key emotional moments actually take place in our daily life. For example, New York is highly accessible but seen to be a closed-in and over looked place in which to manifest private intimacy and it’s not glamorous and unobtainable. It could very easily be the viewer in those scenes. Despite a somewhat grungy portrayal of desire which could be interpreted as exploitative and even anti climatic, there is in fact hope in this film, with a farewell speculation as to the lasting effect of the main couple’s split and the actual strength of their love for each other. 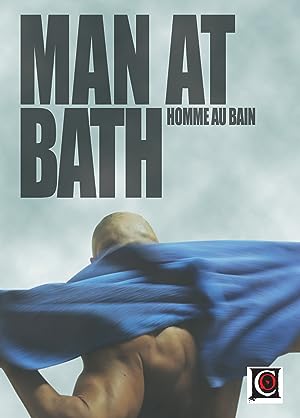 Be the first to review “Man At Bath 2010” Cancel reply