It’s November 1989, and the Berlin Wall is falling. In Stavanger, Norway, teenage boy Jarle has a great new girlfriend and is starting a rock band with his buddies. But when a new boy, the synth pop-listening Yngve, joins his class, Jarle is more fascinated than he wants to be, and the world as he knows it starts to crumble.

People living in relatively small quantities in harsh environments tend to have uncommon attitudes towards love, friendship, alcohol, etc., but the development of globalisation has brought along and into several aspects of worldwide comprehensions and aspects. The film in question brings us back into the life in Stavanger in the late 1980ies when local youth attempted to enhance their own “small and ordinary” world, with globally influencing political events in the background. The viewers can follow a nice depiction of small events influencing bigger changes, including the development of characters and their views, implemented by smooth plot and good performances (particularty Rolf Kristian Larsen as Jarle Klepp, although he was ca. 7 years older than his character in the film).

I have to admit, however, that the start was more promising, and the ending solutions could have been wittier, more in the UK style (I have not read the book), or all just due to the fact that I do not belong into the target audience and have had no Nordic salad-days. Nevertheless, Mannen som elsket Yngve is far better than most of US so- called college movies. 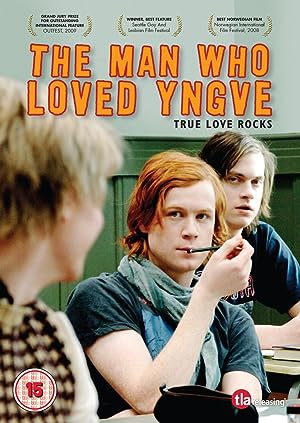