Beyond Good and Evil 1977 with English Subtitles

The life and ideas of the German philosopher Friedrich Nietzsche. A love triangle unfolds as Nietzsche and his best friend decides to live with a Jewish woman. According to Nietzsche’s philosophy, that is beyond all morality. Depicting Nietzsche’s opium addiction and madness meritorious.

Briefly, this film is a historical fiasco because there is no known historical sources, and is not only incoherent but rather deliberately distorts even the most indisputable facts, such as dates and so on.

I can add that the fantasy erotic scenes that fill this ridiculous film are likely to captivate the attention of the mass audience, but make a huge disgrace to the memory of the German thinker and his two companions of intellectual adventure, in first place. It is painful to note so little interest to base this story on facts rather than daring to invent so many situations that are unimaginable. The most obvious example -aside creative liberties, all associated with a simply incredible sexual frenzy-, it may be recalled that Nietzsche stopped seeing Salome in 1884, while he had his breakdown, which resulted from that moment in madness, only in 1888. Suffice it. 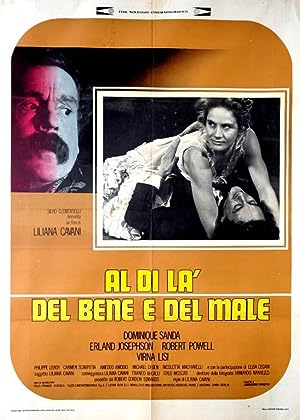