Marilena from P7 2006 with English Subtitles

Andrei, a 13-year-old teenager living on Bucharest outskirts, decides one day to steal a trolleybus in order to impress Marilena, a prostitute he fell in love with.

I’m not easily moved by films and i kinda know our situation as a country and what goes on in here but this one is a very sad mini-film!It does not have the length of a normal film but still i think those 45 minutes were enough to tell this amazing little story about reality and about a lot of other things that will leave you speechless…I’m really impressed by this and i think it’s one of the saddest things i have ever seen!I hope that Romanian movies will keep the up the good work that has been done in the last few years…On that note i urge to go and see this movie because in my opinion this is a little masterpiece. 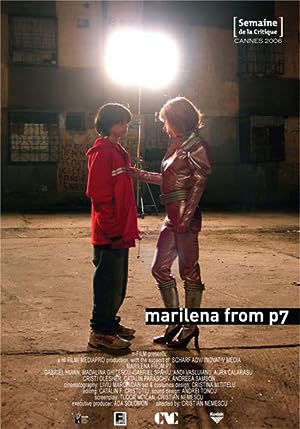