-Mario is in love for the first time in his life, really a crush. In Leon, the new from Germany. Although he plays at the front of the storm and could even be dangerous when it comes to those who can rise into the first team. But Mario may not think over it now. He wants Leon to feel, smell, in its proximity. The others in the club remains not hidden and soon make first rumors. Mario sees his career as a professional footballer in danger, but wants Leon not to lose at the same time at any price. He must make a decision.

Very topical story of gay footballers (in the closet). Quite a gentle film rather than hard hitting. Beautiful cast, beautiful locations – are there no ordinary looking gay guys/footballers?!

One very simulated very shortsex scene (you really see nothing) doesn’t warrant an 18 certificate which is really disappointing and cuts off an important potential younger audience from this film.

Bit of a cliched ending in my book – have seen this type of ending many times but as I said its not a hard hitting film. 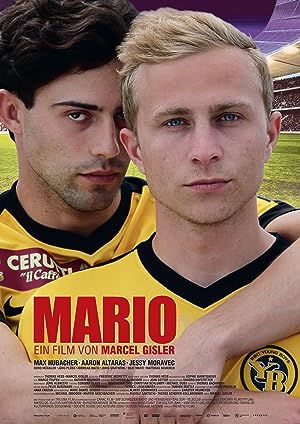 1 review for Mario 2018 with English Subtitles