Home » Documentary » Matt Shepard is a Friend of Mine 2014

Matt Shepard is a Friend of Mine 2014

MATT SHEPARD IS A FRIEND OF MINE is a film about the Matthew Shepard behind the headlines. An honest and intimate portrait of Matt as he is remembered by those who knew him, it is the story of loss, love, and grief that does not go away. As such, the film will provide a proxy for a wide variety of people and communities to experience first hand the devastation of intolerance, the power of love, and the beauty of compassion.

The Matt Shepard case was revolutionary and brought some major social issues to the surface that maybe didn’t get talked about enough. Because of that, Matt Shepard has kind of become a martyr and less of a real person. Matt Shepard Is A Friend of Mine shows Matt as a son, a brother, and a friend. It really helps you understand that this case isn’t just about gay rights and hate crime legislation but the fact that such a wonderful person with so much potentially is now dead. It makes the case a whole lot more personal because for once, you see Matt Shepard as more that just a murder victim. 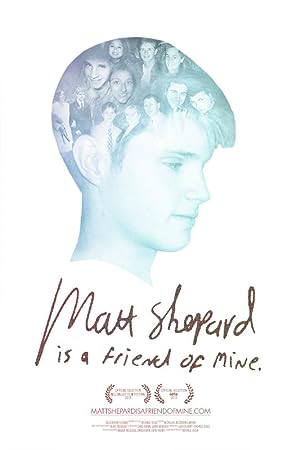 Matt Shepard Is a Friend of Mine (2014)
89 min|Documentary, Biography, History|06 Feb 2015
7.5Rating: 7.5 / 10 from 1,392 users
Friends and family reflect on the life and death of 21-year-old Matthew Shepard, who was murdered in a targeted homophobic attack in Wyoming in 1998.
Director: Michele Josue
Creator: Michele Josue
Actors: Michele Josue, Judy Shepard, Zeina Barkawi, Dennis Shepard