Memories of My Body 2018 with English Subtitles

In Center Java Juno, a pre-teen abandoned by his father, joins a Lengger dance centre where men assume feminine appearances but the political and social upheaval in Indonesia forces him on the road, meeting remarkable people on his journey.

Garin Nugroho has been widely acknowledged by the Indonesian film industry as one of the most prominent local filmmakers, even though most of his films aren’t commercially released. After the festival rounds, his newest movie Memories of My Body can be watched in the cinemas. I am the person who bought the ticket due to worries of the movie’s sudden disappearance after one or two-week screening. As a disclaimer, this is my first time watching Nugroho’s feature film.

This movie told a lengger dancer Juno, whose retold his experience who move from one to another “guardian” that seeks something from his body. One might consider this movie is an LGBT+ drama, but what’s fascinating about this movie is the Javanese culture that frequently used in the language, attitude, and society. Goes beyond the debatable theme, this movie’s strong point lies in the Juno’s current scenes with his expressiveness and the past ones who appear so natural.

The dynamics between Juno’s life are described realistically without being extravagant. Still, some of the scenes are too packed with showing some art performances (which I found quite redundant and boring), but as a whole movie, the development of Juno’s personality is captivating to see. The use of medium long shot feels so effective to translate the emotion and actions of Juno through his life.

I keep asking myself in the middle of the movie why I can’t like this movie more? And at the end, I discover that this movie using a sequences plot that makes me difficult to understand the climax of the film. It’s mostly fragments of a man’s life that actually in real life, might be much relatable. But, having the story not connected with Juno’s present day and not escalates without any Juno’s significant character development, make it hard to follow.

As this movie explores something different than you might see on the cinemas. It’s a movie that I would recommend for those who want to know a movie that appreciates the local culture without many judgments and comparison – just a portrait. 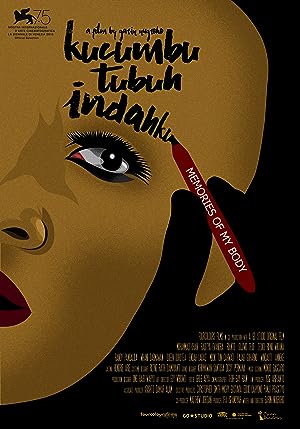 Memories of My Body (2018)
105 min|N/A|06 Sep 2018
6.3Rating: 6.3 / 10 from 25 users
In Center Java Juno, a pre-teen abandoned by his father, joins a Lengger dance centre where men assume feminine appearances but the political and social upheaval in Indonesia forces him on …
Director: Garin Nugroho

1 review for Memories of My Body 2018 with English Subtitles