A girl is approached by a strange boy outside her high school. He asks her to follow him to hear stories where gods fall in love with human beings.

Seen by your reviewer at the 2014 London Film Festival, ‘Métamorphoses’ transplants Ovid’s ‘Metamorphoses’ to modern-day, working-class France (for those unfamiliar with Ovid – I’m not sure I’d ever heard of him – he was a poet from ancient Rome). A group of Roman deities wander the countryside meddling in human affairs – meddling that generally involves nudity and livestock.

Little of the nudity is particularly attractive; unfortunately Honoré has gone for people with natural, rather than film star (or indeed classical god-like), bodies! But my main concern is the treatment of the many animals in the film: a cow simply standing tethered in a field is one thing, but in the scene where a lion and lioness are trapped in a room and the lioness begins to attack the lion, one wonders whether that was spontaneous action or was she trained to do it – and if so, was anyone concerned for the animals’ welfare? 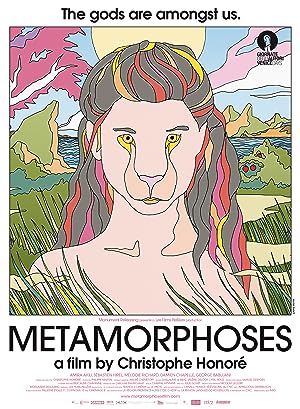