Home » Non-English with Subtitles » Mr. Blob in the Universe 1988 with English Subtitles on DVD

Mr. Blob in the Universe 1988 with English Subtitles on DVD

Kids from the orphanage in Malishev receive for Christmas a newest computer from a former pupil of this children’s home, and now the president of a large electronic corporation, as a gift. The computer tells them a story that can happen in 25 years. The Great Electronics after escaping from the Island of Inventors, settles on the planet Mango and invents Fantomization (teleportation). He kidnaps Agnieszka and gives it to the governor of the planet, Don Bazar. In the meantime, Pan Blot is in the last Nature Reserve. Peas, Agnieszka’s friend, together with his class friends, goes to the Blob to help find Agnieszka. 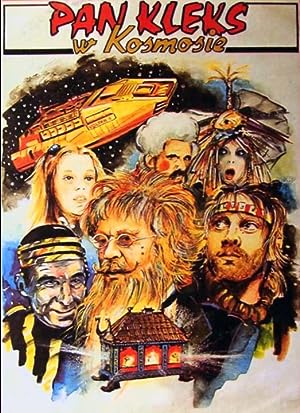 Be the first to review “Mr. Blob in the Universe 1988 with English Subtitles on DVD” Cancel reply