The story a rescue, the rescue of a bad brat’s life in the post-WWII period. In 1947, Roger reaches 11 years old. He’s a kid badly loved, mischievous and specializes in silly things to do. He is sent to a small boarding school in a small village. Mumu reigns over here. She’s not the bitchest school teacher of the area. Roger has already been expelled from several schools and this is his last chance to avoid the reformatory his father has been promising him for a long time. But this is will change with the vigilance of Mumu, who, despite her strict aspects, proves herself to have a big heart.

This is the true story of the young life of Roger, an 11 year old boy growing up in the immediate post WW2 era. It starts with his expulsion from school for acting up, and follows him through about a year, as he continues to struggle to fit within the confines of the system. Sent to board at another school, where the teacher is known as Mumu (the biggest cow in the county), he begins to find what he needs, and it’s never hard to see where his problems stem from. This film has everything; heartfelt drama, humour, and a touch of French mischief. I’ve had it two days, and have watched it twice. The lack of subtitles may be a hindrance; my French is a little rusty, but I followed it quite well thanks to the great quality visuals and the fantastic acting by all, including the two main boys. 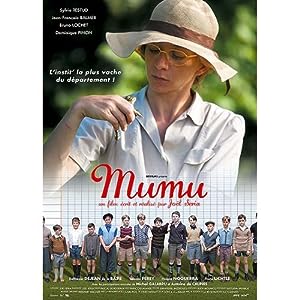 2 reviews for Mumu 2010 with English Subtitles