Memoir of the lives of a family growing up on a post World War I British estate headed up by a strong disciplinarian, her daughter, her inventor husband, their ten year old son, and his older sister. Through the household comes a number of suitors hoping to impress the young woman, including an aviator. When the elder woman’s son shows up at the estate with his French fiancé, everything gets thrown into turmoil. The young boy takes a sudden interest in her sexual allure and his father is disturbed by his own non-Victorian feelings.

It is rare to see a sweet and lovely movie but this is one … a great way to spend the afternoon. A nice family story, although with really young kids you might have to explain some of the things “Wee Fraser” discovers up in his Grampa’s attic. (Should you find your attention wandering and this not being your kind of movie, just fast-forward to the dinner scene and the very final scene: those two scenes should go down in movie history as the most adorable ever made!

(A Family Dinners will never be the same when you consider a little bit of knowledge gets a little out of hand — and maybe dad does know best!) 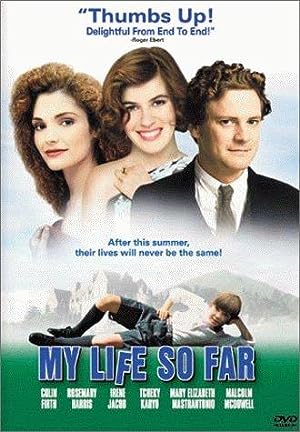