Young Tim Cornish’s life has begun with great promise. Blessed with extraordinary good looks, Tim enjoyed much attention and cared little of broken hearts. At University he was a favored student in a prestigious creative writing course, but a chance meeting, a stolen kiss and a sudden flare of passion sets Tim on a journey of betrayal, heartbreak and murder. In a flashback, he tells his story of cruelty, love and a soul-destroying guilt that offers little chance for redemption.

This truly terrific thriller scores in all departments. First and foremost is Lee William’s stunningly intense and passionate central performance. He has completely internalized his complex character, bringing it to the screen with tremendous conviction in a display of faultless acting. Marc Warren, resembling a Malcolm Macdowell of younger days, doesn’t quite have the same grasp on his character, which at times loses credibility, but fortunately not enough to spoil the film. Mikela Mikael captures a lovely vulnerability so necessary for the plot to work.

This is a thriller that works on all levels, which is an achievement few thrillers seem to attain. The plot twists are indeed unexpected and for the length of the movie the viewer is kept riveted to the unfolding story. The cinematography is of the highest level, especially with the amazing Alaskan seascapes but also the carefully shot interiors. Director Tom Shankland who put all this together is certainly a name to watch.

Having no expectations or preconceptions about the film, plus the fact of these actors being completely unknown (well, to me anyway), made this one great surprise package. There are not that many classy thrillers around; if that’s your pleasure you won’t want to miss this one. 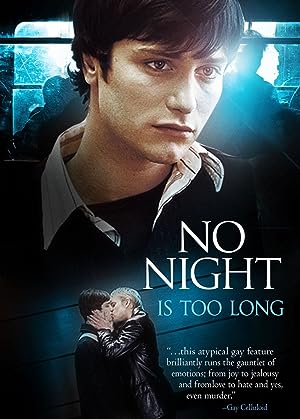