Some young folks, tired of the society they’re living in, plan a bomb attack over Paris before to take shelter for a night in a shopping center.

I love the Metacritic summary for „Nocturama”: some young folks, tired of the society they’re living in, plan a bomb attack over Paris before to take shelter for a night in a shopping center… So simple, so elegant. Unfortunately, I can’t say I loved the movie itself. „Nocturama” is artsy in a bad way, all high concept and lacking in every other aspect. Also, at 130 minutes, there’s nearly not enough going on to justify the length. Sure, it’s a promising material for short story/movie – a psychological portrayal of how terrorism is born. On paper, any summary of “Nocturama” would seem rather captivating… but, sadly, the result is frankly dull and lifeless. The screenwriter-director Bertrand Bonello’s approach to storytelling is alienating (the characters are emotionally distant from the viewer and each other), and he likes to stretch many scenes, however empty, so long that it tests the endurance of the viewer. Some filmmakers use this conceptual aloofness and emptiness very effectively, such as Jim Jarmusch, who can make the most trivial on screen actions or details seem meaningful. Sadly, Bonello is not one of those filmmakers. The emotional distance makes sense as (part of the) general message of „Nocturama” – modern life has made us cold and empty – but constantly testing our endurance without payoff does not. At least not to me. 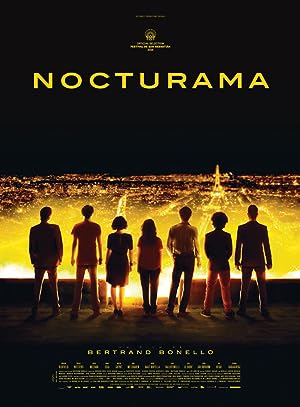